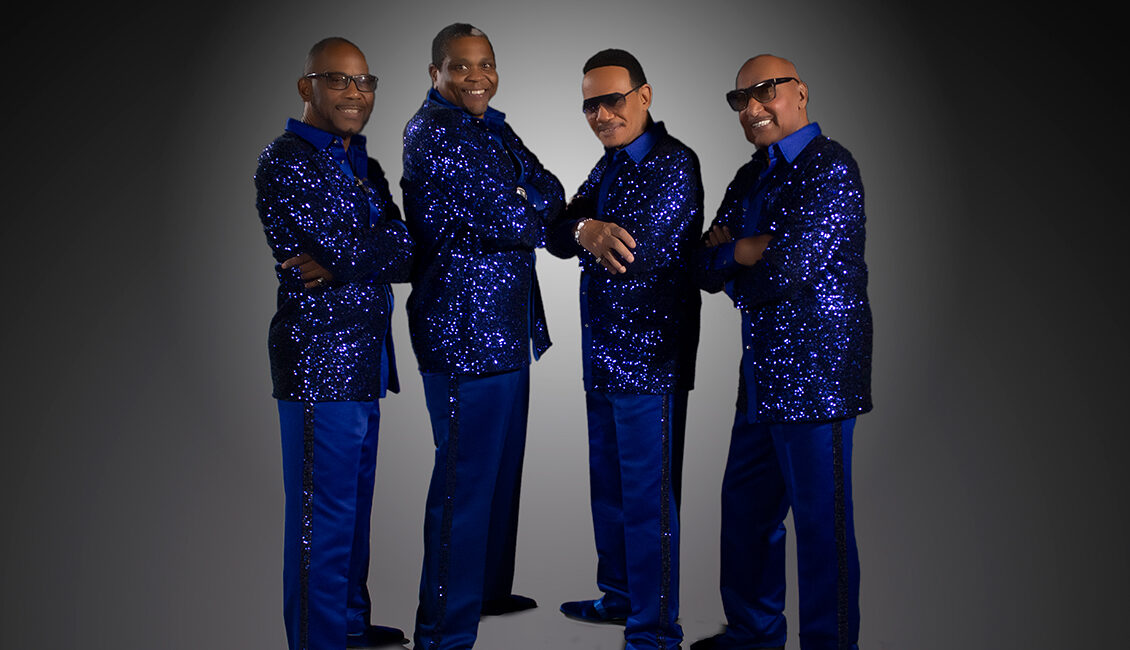 The quartet, originally called the Four Aims, made their first single for Chess in 1956, and spent seven years on the road and in nightclubs, singing pop, blues, Broadway, but mostly jazz—four-part harmony jazz. When Motown’s Berry Gordy Jr. found out they had hustled a national “Tonight Show” appearance, he signed them without an audition to be the marquee act for the company’s Workshop Jazz label. That proved short-lived, and Stubbs’ powerhouse baritone lead and the exquisite harmonies of Fakir, Benson, and Payton started making one smash after another with the writing-producing trio Holland-Dozier-Holland.

Their first Motown hit, “Baby I Need Your Loving” in 1964, made them stars and their sixties track record on the label is indispensable to any retrospective of the decade. Their songs, soulful and bittersweet, were across-the-board successes. “I Can’t Help Myself (Sugar Pie, Honey Bunch),” a no. 1 R&B and Pop smash in 1965, is one of Motown’s longest-running chart toppers; it was quickly followed by a longtime favorite, “It’s The Same Old Song” (no. 2 R&B/no. 5 pop). Their commercial peak was highlighted by a romantic trilogy: the no. 1 “Reach Out I’ll Be There,” “Standing In The Shadows Of Love” (no. 2 R&B/no. 6 pop) and “Bernadette” (no. 3 R&B/no. 4 pop)—an extraordinary run of instant H-D-H classics. Other Tops hits from the decade included “Ask The Lonely,” “Shake Me, Wake Me (When It’s Over),” “Something About You,” “You Keep Running Away,” “7-Rooms Of Gloom” and their covers of “Walk Away Renee” and “If I Were A Carpenter.” The group was also extraordinarily popular in the U.K.

After H-D-H split from Motown, producer Frank Wilson supervised the R&B Top 10 hits “It’s All In The Game” and “Still Water (Love)” at the start of the seventies. The Tops also teamed with Motown’s top girl group, the Supremes, post-Diana Ross. Billing themselves The Magnificent Seven for a series of albums, they hit with a cover of “River Deep – Mountain High.”

When Motown left Detroit in 1972 to move to Los Angeles, the steadfast Tops decided to stay at home, and with another label. They kept up a string of hits with ABC-Dunhill for the next few years: “Ain’t No Woman (Like The One I’ve Got),” a Top 5 hit; the Top 10 “Keeper Of The Castle”; and the R&B Top 10’s “Are You Man Enough (from the movie Shaft In Africa),” “Sweet Understanding Love,” “One Chain Don’t Make No Prison” (later covered by Santana), “Midnight Flower” and the disco perennial “Catfish.”

In 1980 the group moved to Casablanca Records. The following year they were at no. 1 again, with “When She Was My Girl,” making them one of the few groups to have hits in three consecutive decades. They also scored R&B Top 40s with the ballads “Tonight I’m Gonna Love You All Over” and “I Believe In You And Me,” the original version of the 1996 Whitney Houston smash. And the Tops were heard in the film Grease 2 with “Back To School Again.” By 1983, riding the wave of the company’s 25th anniversary celebration, the Tops were back with Motown and H-D-H. The reunion resulted in the R&B Top 40 hits “I Just Can’t Walk Away” and “Sexy Ways.”

They signed with Arista later in the decade, and there they racked up their final solo Top 40 hit, “Indestructible,” which was the theme of the 1988 Summer Olympics. That year they also partnered with Aretha Franklin, a longtime friend from Detroit, for the Top 40 R&B “If Ever A Love There Was.” During this period, Stubbs stepped out and gained notoriety for voicing the man-eating plant Audrey II in the film musical Little Shop Of Horrors, for which he sang the cult classic “Mean Green Mother From Outer Space.”

In 1990, with 24 Top 40 pop hits to their credit, the Four Tops were inducted into the Rock & Roll Hall Of Fame. Though they would no longer have hits on record, the group continued to be a hit in concert, touring incessantly, a towering testament to the enduring legacy of the Motown Sound they helped shape and define. Following Payton’s death in 1997, the group briefly worked as a trio until Theo Peoples, a former Temptation, was recruited to restore the group to a quartet. When Stubbs subsequently grew ill, Peoples became the lead singer and former Motown artist-producer Ronnie McNeir was enlisted to fill Payton’s spot. In 2005, when Benson died, Payton’s son Roquel replaced him.

For Rolling Stone’s 2004 article “The Immortals – The Greatest Artists Of All Time,” Smokey Robinson remembered: “They were the best in my neighborhood in Detroit when I was growing up (and) the Four Tops will always be one of the biggest and the best groups ever. Their music is forever.”